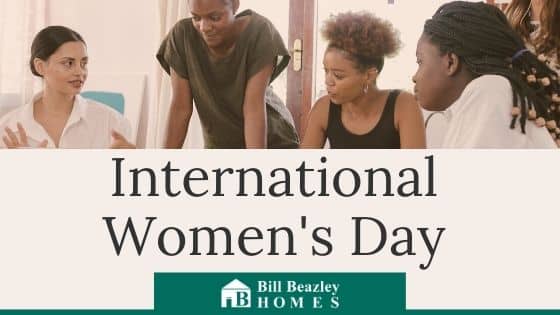 International Women’s Day has been around since the early 1900s. With the booming growth of the population and the rise of different radical ideologies, critical debate was occurring among women. The oppression and inequality they faced inspired them to begin pushing for change, spurring a 15,000-woman march through New York City in 1908 to demand shorter working hours, better pay and the right to vote.

In 1910, an International Conference of Working Women was held in Copenhagen, Denmark. The idea of an International Women’s Day was presented there and a “yes” decision was made with unanimous approval. It was officially recognized for the first time in 1911 with women participating all over the world to fight for their equality.

By the time 2000 rolled around, there was little activity happening for women to be recognized and celebrated. Feminism became an unpopular topic of discussion, and the online platform was developed in 2001 to push campaign themes and provide direction for annual International Women’s Day activities.

In our current time, the world has gone through significant changes. This absolutely has had an impact on women as far as equality and freedom. Women are still not paid with the same standard as their male coworkers and don’t always get a seat at the table when it comes to business or politics. However, great improvements have been made since International Women’s Day first began. There are female astronauts, college professors, doctors and more that may not have happened had their ancestors not paved the way more than 100 years ago.

How should you celebrate this female-focused holiday? Take some time to research and read about important women in business as well as inventors and artists. Thank a woman or two in your own personal life and spend the day celebrating all that they are to you!