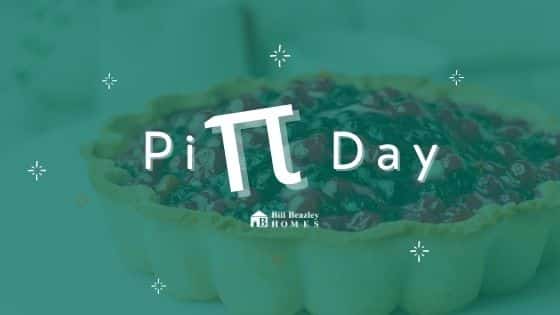 All About Pi Day

3.14. March 14th. A celebration of one of the most mysterious mathematical symbols. Pi, which has been rounded to 3.14 by estimation, is the ratio of a circle’s circumference to its diameter. The distance around the edge of any circle is just over three times the distance across.

Pi has puzzled people around the world for more than 4,000 years. Many well-known mathematicians as well as everyday people have spent hours upon hours trying to make sense of the math mystery. In ancient Babylon, rope stretchers that marked the locations of boundaries and buildings estimated pi to be 3.125. Eventually, a Greek mathematician named Archimedes used an algorithmic approach to try calculating pi. He continuously drew polygons until he had more than 90 to prove that pi equals 3.14.

Pi didn’t get its official name until the Renaissance era when an English mathematician began calling it pi; however, it wasn’t until 1737 that it became widely embraced. The Greek letter for pi, π roughly translates to “circumference” from the Greek word perimetros.

Thanks to modern advances in technology, pi has been calculated up to 31 TRILLION digits! However, it only takes the first 39 or so to perform universal calculations with little to no error. We will likely never find the accurate area or circumference of a circle since the exact value of pi cannot be calculated.

Celebrating Pi Day has become a fun tradition for schools and learning centers worldwide. It is especially popular among math classes, for obvious reasons. Teachers will use the day to present new pi-related equations as well as PIE eating contests where students bring circular foods to share (although this may need to be done differently given the current pandemic). Even if you’re not in school anymore, you can celebrate Pi Day too! Order a pizza and bake a pie or cake for dessert. Don’t forget to add the pi symbol in frosting for a special touch and a photo op.

Whether you choose to celebrate Pi Day with math equations, food or games, enjoy it and use it as an excuse to have fun!