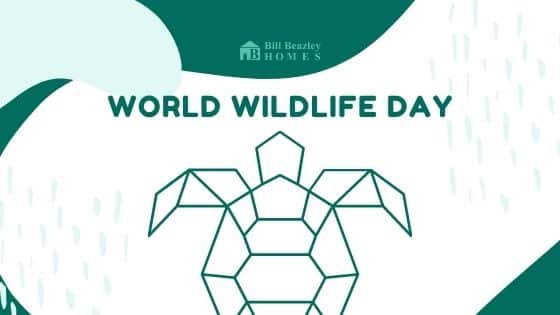 On March 3rd, World Wildlife Day is celebrated around the world as a way to raise awareness of earth’s wildlife and plants. The theme for 2021’s celebration is “Forests and Livelihoods: Sustaining People and Planet”, which will highlight the role of forests, forest species and ecosystems that play a role in sustaining the livelihoods of millions of people around the world. This particularly affects Indigenous communities with historic ties to forested areas.

There are between 200 and 350 million people around the world who live within or close to forested areas. This means they rely on the ecosystem services provided by the forest and its inhabitants for the most basic needs such as food, shelter and medicines. The goal of Wildlife Day this year is to promote forest and wildlife management models that will help both human well-being and the long-term conservation of forests and everything they contain.

Multiple events will be taking place around the globe in honor of World Wildlife Day. You can find live streams and campaign pages here whether you want to celebrate within your region or explore other areas of the world and how they are observing this day. There are also promotional materials available to spread the word on social media and other places around you.

As far as how World Wildlife Day got its start, the celebration dates back to March 3, 1973. On this day, the United Nations General Assembly chose to take a stand to protect the endangered species of the world that face extinction. Hundreds of endangered species were threatened every year, and the Convention on International Trade in Endangered Species (CITES) was put into place to hold the world accountable when it comes to preserving the lives of such species. In 2013, the UN declared that March 3rd of each year would be World Wildlife Day to keep people informed of our ever-changing world and raise awareness for the preservation of wildlife.

It is extremely important to keep the world’s wildlife healthy and thriving. By taking part in World Wildlife Day, you have the opportunity to contribute to a bigger effort in preserving the wildlife of our great world.