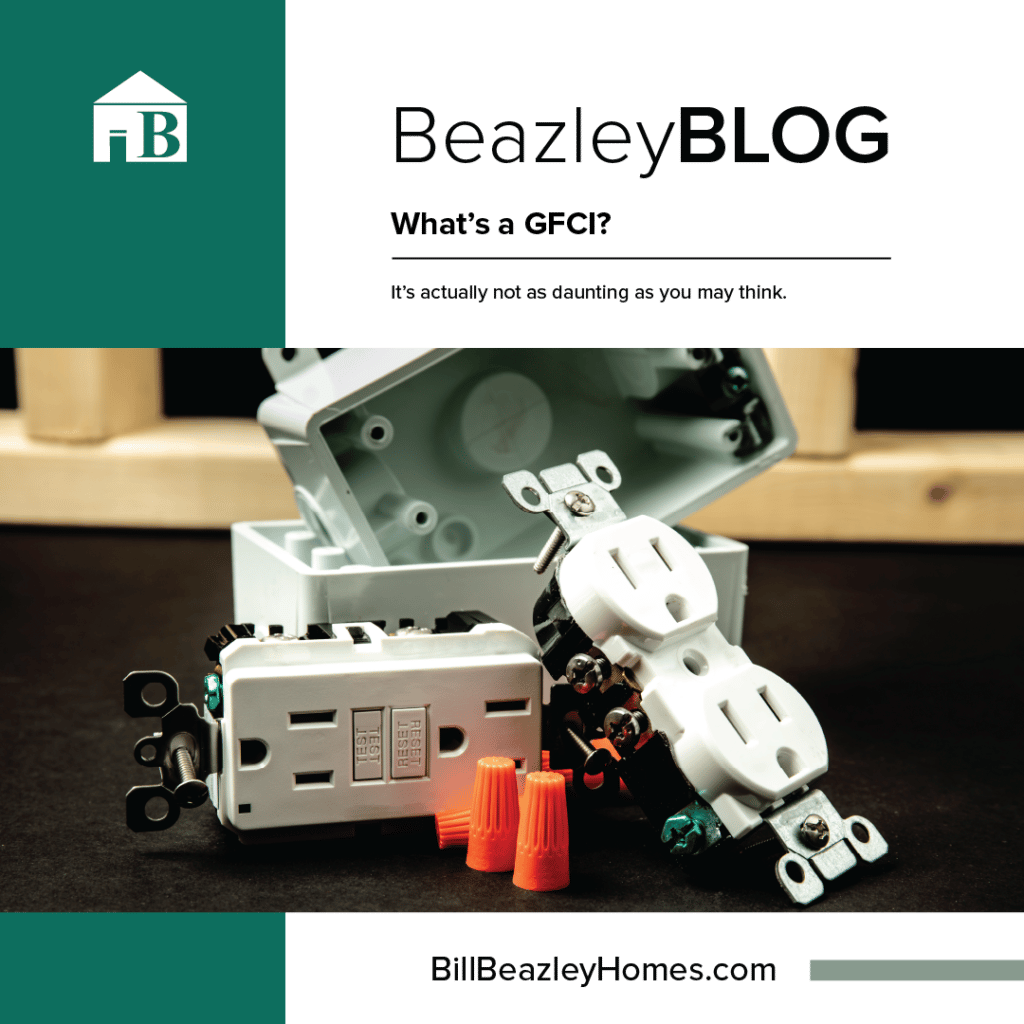 Are you a new or future homeowner who gets overwhelmed by new terms? Is GFCI one of them? No worries, it’s actually not as daunting as you may think.

Ground fault circuit interrupters are commonly referred to as GFCIs, or special outlets that minimize the danger of electrocution in your home. These outlets are normally placed by sources of water such as near sinks or the garage and have the two red and black rectangular buttons in the middle that not all of your outlets will have. They are not to be mistaken as a fuse, which is simply in place to protect a structure itself from electrical fires. The GFCI is actually integrated into the outlet itself to monitor the amount of power going to the device plugged in.

They are designed to know if the electrical current is flowing the wrong way and automatically take action by shutting off the voltage. According to the U.S. Consumer Product Safety Commission, they are an important defense against shocks and electrical fires that may be caused by issues such as insulation failures, damaged appliances and overloaded extension cords.

If you have ever noticed an appliance shutting off for no apparent reason, the GFCI’s maximum current may have been exceeded. This is usually referred to as “tripping out” and you may have encountered it while drying your hair or having every outlet loaded on a power strip. To fix this, you can simply press the red reset button.

GFCI outlets do wear out eventually, so test them at least once per month. To test them, press the reset button and plug in a small device such as a night light. It should turn on. Then, press the test button to see if the power is immediately cut. When you press reset again, your device should turn back on. This means the outlet works the way it is supposed to. If the light does not turn on, the GFCI may not be properly installed and should be replaced or repaired.

If there are any issues concerning the GFCI outlets in your home, contact an electrician to safely test and inspect them for you.