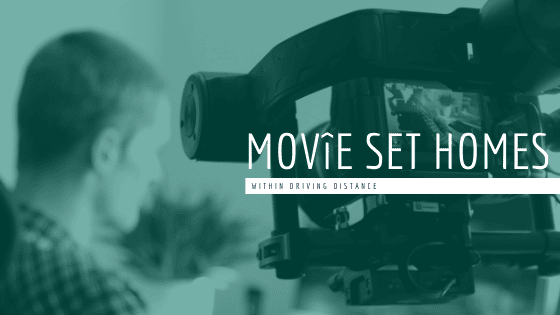 Hollywood is slowly moving to the South, with a number of high-profile movies, shows and stars filming right here in Georgia. In fact, Georgia is third in the country in film and TV production behind Los Angeles and New York City. Many small towns as well as big cities like Atlanta are popular tourist destinations for film landmarks.

If you are looking for a different adventure, take a look at some of these homes that are a short drive away:

At 130 West Paces Ferry Road NW in Atlanta, you’ll find the infamous President Snow’s mansion from box office hits The Hunger Games: Catching Fire and Mockingjay: 1 & 2. Catching Fire is currently the highest grossing movie that has been filmed in Georgia, as it grossed $865 million worldwide. Most famous homes can only be viewed from the outside, but you can take a tour through the Swan House daily beginning at 4:00 pm.

Located at 429 Bull Street in Savannah, Midnight in the Garden of Good and Evil was filmed by famed director Clint Eastwood. Daily guided tours are available to tourists and fans.

Madea fans can travel to Covington, Georgia to visit the 159 year old Gaither Plantation. Tyler Perry’s rise to fame began with Madea films and Madea’s Family Reunion is no exception. Visit the historic site and take in the beauty of this southern destination.

Hallmark fans may be delighted to know that this quaint destination in Dahlonega was used for part of the filming of 2015’s Christmas in the Smokies. Much of the surrounding downtown area was used as well. The winery is available for regular wine tastings, making this a delicious stop.

These are just a few of many famous spots in the state of Georgia. Believe it or not, Augusta has picked up some recent film business as well. Make a day trip and enjoy the nostalgia of seeing these film locations in real life!