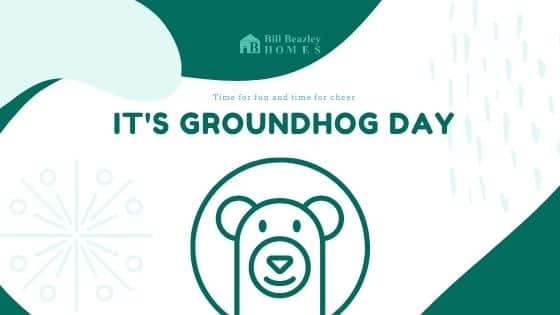 On February 2, The United States and Canada will observe Groundhogs Day. It originates from a Pennsylvania Dutch superstition that if a groundhog emerges and sees its shadow, there will be 6 more weeks of winter. If it does not see a shadow, spring weather arrives earlier. While it is a popular tradition, there is no verifiable evidence that the groundhog can accurately predict the changing of seasons.

The original inspiration for Groundhogs Day starts in Germany, where the Christian holiday Candlemas features a badger to help get an idea of when spring will arrive.

The earliest mention of Groundhogs Day in the United States was around 1840 in the diary of a Pennsylvania Dutch Country citizen. Clymer Freas, however, is credited as the “father” of the holiday. He was the city editor at Punxsutawney Spirit and it is suggested that this is the area where Groundhogs Day celebrations began.

Punxsutawney, Pennsylvania is still the location of the largest Groundhogs Day celebration where crowds of up to 40,000 typically gather (in a non-pandemic year, of course). This year, on the 135th anniversary of the event, Punxsutawney Phil will be seen wearing a mask and the ceremony will be held behind closed doors, but you can join the virtual event here.

Here’s a fun list of groundhog trivia to get you ready for the special day:

If you haven’t seen the Bill Murray classic movie Groundhog Day, take time at the beginning of February to check it out. It follows the adventure of Pennsylvania weatherman, Phil Connors, who is stuck in a perpetual Groundhog’s Day celebration. We won’t spoil the ending for you, but it is quite endearing.