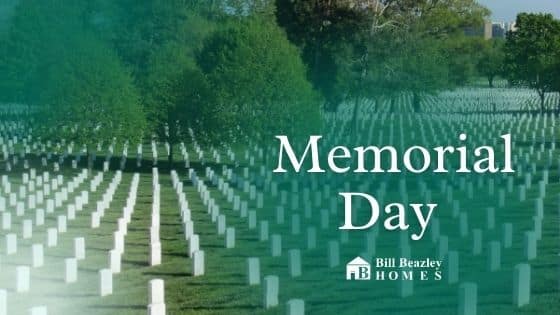 Ever heard anyone wish you a “Happy Memorial Day” or wished it to someone yourself? Unfortunately, it is the wrong terminology. Actually, Memorial Day is meant to commemorate military service members who lost their lives while serving their country. It often gets mixed up with Veterans Day, which is for those who served whether they are still alive or not. Memorial Day is honoring those who gave the ultimate sacrifice for the country.

It is tradition on Memorial Day in the United States to visit military cemeteries and memorials and place an American flag on gravesites at the national cemeteries. This was originally started as “Decoration Day” after the Civil War when Americans felt the need for a patriotic ceremony to honor fallen soldiers. One of the earliest recorded commemorations was held in Charleston, South Carolina in 1865 by a group of freed slaves, less than a month after the Confederacy surrendered. By the end of the First World War, the day grew to honor those who passed in all American wars.

Memorial Day became a national federal holiday by an act of Congress in 1971 and is observed each year on the last Monday of May. This creates a three-day weekend for federal employees. Memorial Day 2021 will be on May 31. A national moment of remembrance takes place at 3:00 pm local time. Memorial Day weekend also marks the unofficial start of the summer season with most school years ending the week of or the week before. Travel is heavy and cookouts/parties are everywhere. Families and friends gather to cookout and while the time seems fun, it is still important to remain somber and remember the reason the holiday is happening. If you personally know a soldier who has given their life in battle, honor their legacy and fly a flag for them.