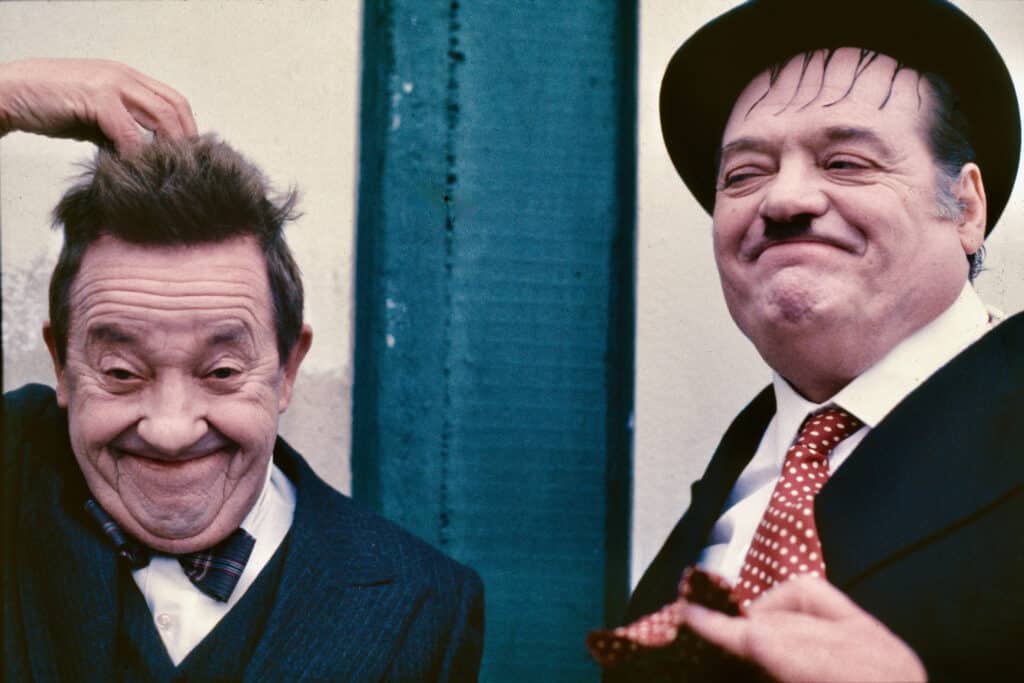 The Oliver Hardy Festival is an annual event that Harlem residents host to honor the legacy of Georgia native Oliver Hardy. Perhaps the most famous resident to have come from a small town, Hardy has left an impact on the comedic world that few have ever been able to replicate.

Parades and Children’s Events at the Oliver Hardy Festival

The event always hosts a parade! It begins early in the day, at 10 AM. In addition to local entertainment, the festival will feature a kid’s zone and many local vendors offering options to keep children engaged.

That’s right! The festival will see many vendors selling various items such as arts and crafts and lots and lots of food! With any local event, you can expect plenty of options to satisfy your sweet tooth.

One of the main features of the event is the look-a-like contest. It’s a way to keep the memory of the comedian alive.

Folks dress in old-timey fashion to look as much like Oliver Hardy as possible. Recall the comic actor was in his prime in the era of the silent films of the late 1920s and 1930s.

So, if you see a bunch of Oliver Hardy’s walking around, don’t be startled!

How Much Is Admission?

Admission to the Oliver Hardy Festival is free! The celebration is for everyone to enjoy, whether local or not.

The city of Harlem hosts the festival, and many of the local businesses will be open during the event. It is an excellent opportunity for you to support locals.

Who Was Oliver Hardy?

Oliver Hardy was born in Harlem, Georgia. Hardy was a famed comedian and actor who was active from the 1920s to his death in 1955. He originally had a high-profile solo career. However, this changed when he met his best friend, Stan Laurel.

When the two first worked on the silent film, The Lucky Dog, they instantly clicked. They began staring in movies together, and soon enough, the comedic duo Laurel and Hardy were known worldwide!

Throughout his life, Hardy starred in 107 films with his friend, Laurel. When Hardy died in 1955 due to a stroke, Laurel refused any offers to perform, stating he would not act without his best friend and partner.

The Legacy of Oliver Hardy and Stan Laurel

Their work as silent film actors and later in “talkies” (movies with sound) heavily influenced comedians like Steve Martin, Abbot and Castello, Jerry Lewis, and the group Monthy Python. Costello said Laurel and Hardy “are the funniest comedic duo of all time.”

Statues dedicated to the duo exist in both the U.S. and England, where Laurel is from.

Hardy and Laurel were also the first modern-day comedic duo. And their comedy act influenced acts like Abbot and Costello, Dean Martin, and Jerry Lewis.

Which Laurel and Hardy Movies Should I Watch?

Perhaps the most famous films Laurel and Hardy ever made were Sons of the Desert and Block-Heads. However, it would help if you didn’t stop there.

The duo’s most famous short film was The Music Box, which is worth the watch!

And with the holidays right around the corner, you should keep Babes in Toyland in mind for a holiday viewing.

Do I Have to Be a Fan to Attend?

Aboulsetly not! It’s been nearly a hundred years since Laurel and Hardy started their act. Most people would not be surprised if you did not hear about them until now.

You don’t need to be a life-long fan to appreciate what Laurel and Hardy have done for comedy. You only need to enjoy the genre.