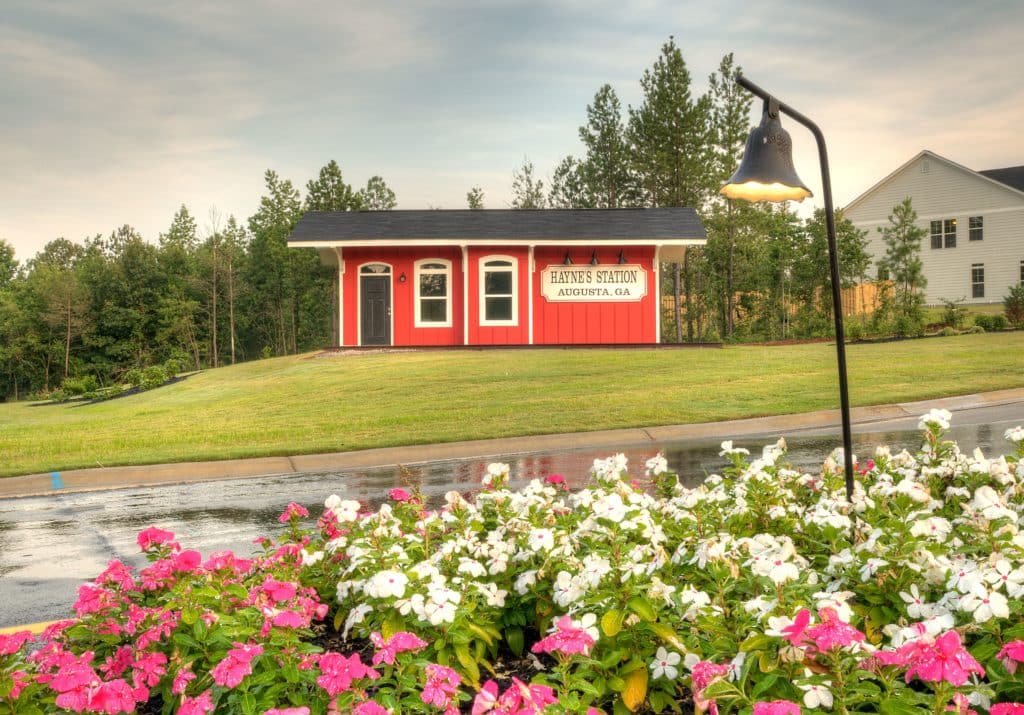 History Behind the Name: Hayne’s Station

One of our most popular Bill Beazley neighborhoods, Hayne’s Station, has a rich history. Located just 2 minutes away from one of  the country’s most well-known military bases, Fort Gordon, Hayne’s Station has been a go-to spot for military personnel and their families as well as those who enjoy the Grovetown area.

Did you know that this neighborhood was named in honor of Paul Hamilton Hayne? Hayne was a famous poet in the post-Civil War era who ended up in the Grovetown area in the 1860s after his Charleston, South Carolina home burned down and he lost his fortune. Hayne and his family took residence in a shanty in Copse Hill (hence one of our streets in the neighborhood, Copse Drive). He earned his living in Grovetown writing prose and poetry. In the 1870s, Hayne solicited the postal service to create a post office in Grovetown. On September 28, 1877, the first U.S. mail service was inaugurated right here in Grovetown, Georgia!

As for the “Station” part of Hayne’s Station, railroad structures transported Augusta passengers from 1878-1970 when passenger trains discontinued routes in the Augusta-Atlanta area. Grovetown was a popular summer destination for many wealthy Augusta residents as it is situated away from the heat of the swampy river areas. The train was a frequent source of travel for them as well as family and guests.

Camp Gordon was established in 1942, causing Grovetown to experience rapid growth. It later became Fort Gordon and many military families looked for housing with the convenience of the railroad. Retired military chose to stay in the small town and experience the benefits of stable growth.

Grovetown’s current population is more than 10,000 and steadily continues to grow. Although it is no longer a quiet, small town, it is a desirable residence for many families. The beautiful Hayne’s Station has semi-custom homes available for you today, so give us a call and make your way to the Grovetown area!

*History gathered from the Grovetown Museum.