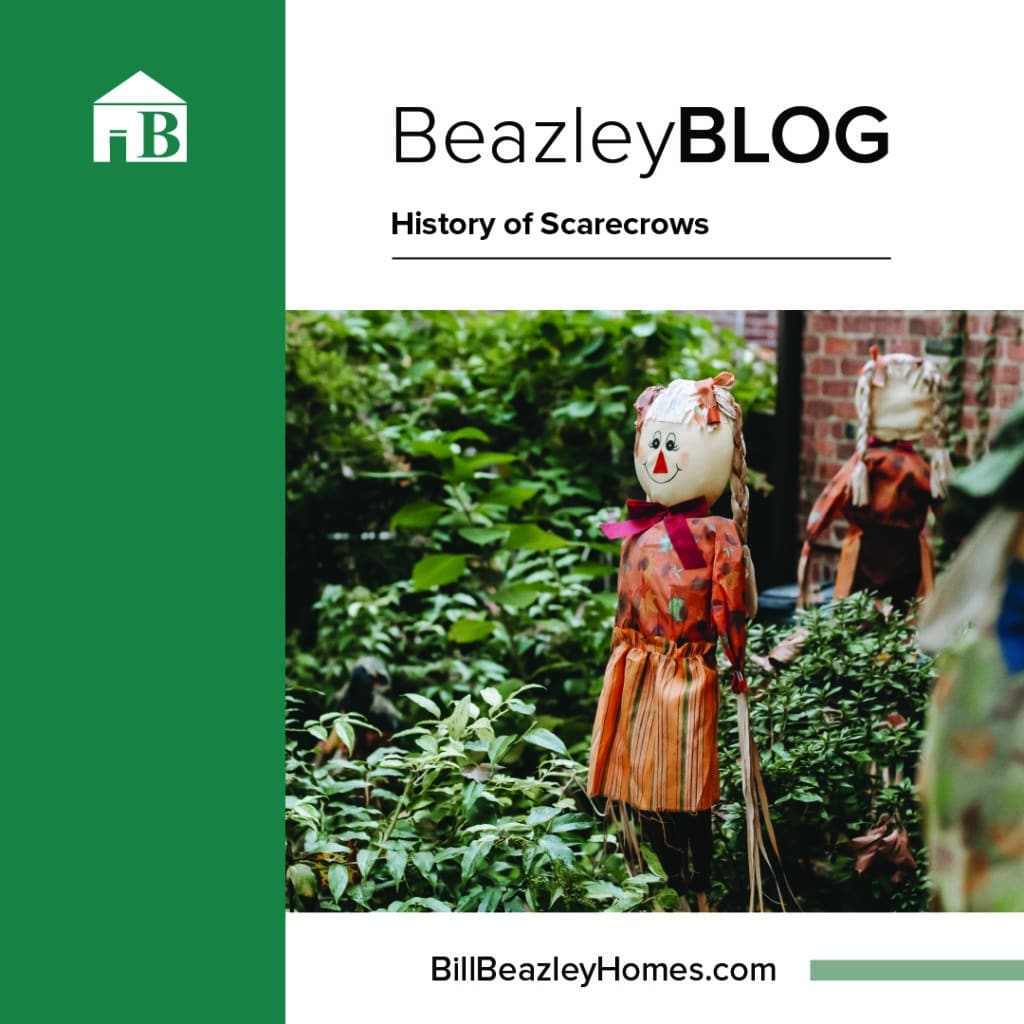 Spooky Season is upon us! With Halloween quickly approaching, we thought we’d give you a brief history on one of the most popular symbols of the season- scarecrows.

Believe it or not, the first recorded history of scarecrows dates all the way back to ancient Egypt. Their version of a scarecrow was a wooden frame covered with nets to protect the vast wheat fields they had along the Nile River, where flocks of quail frequently visited. Farmers would hide in the fields with the wooden frames and scare the quail into nets to save their crop and catch a dinner!

Around 2500 B.C., Greek farmers carved wood into the images of Priapus, which they believed was ugly enough to scare birds away from their vineyards and promise a good harvest.

The more common version of a scarecrow with a coat and straw hat actually began in Japan around the same time as the Roman Empire. Japanese farmers dressed scarecrows in raincoats and straw hats to protect their vast rice fields.

Medieval Britain took a bit of a darker twist with their version of scarecrows. They would use human children to stand in the fields at night and physically scare birds away by waving their arms and throwing stones. However, the plague of that time took the lives of a vast amount of children. Eventually, farmers discovered they could stuff sacks with straw and paint gourds to resemble faces that they leaned against a pole to scare the birds away.

Native Americans would also form themselves into human scarecrows by sitting men on raised platforms to shout at the birds or animals endangering their crops.

Today, scarecrows are still used in fields, but they are just as frequently (if not more) used as a Halloween decor staple. Some are scary looking, but many are child-like with funny and cute faces for a lighthearted touch to fall decor.

The effect of Skilled Labor Shortages

Do You Really Need Termite Protection in Georgia?