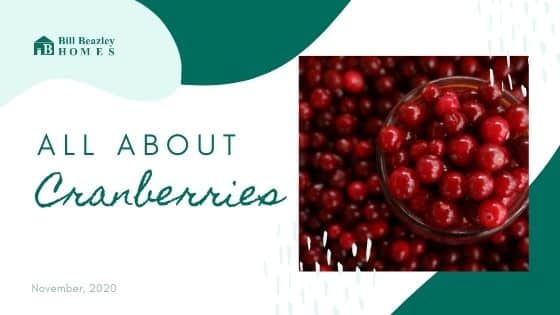 Whether you like them or not, cranberries are an ever-popular and frequently talked about piece of Thanksgiving Day meals. Are you a fresh cranberry person or do you prefer them canned? Now that 2020 political debates have settled, we can move on to the great cranberry battle. Here is a little bit of a backstory on cranberries and the differences between fresh and canned.

Vaccinium macrocarpon is the scientific name for cranberries. They were a staple for Native Americans in the 1500s where they were harvested for multiple remedies, foods and drinks. They served as a nutrition source for fur traders in the cold winter months. In 1816, the commercial cultivation of cranberries began when a Revolutionary War veteran discovered a thriving cranberry vine on Cape Cod. Today, cranberries are harvested across more than 50,000 acres between the United States, Canada and Chile.

Canned cranberries have been around since 1912, when lawyer Marcus L. Urann got a cranberry bog and decided to try canning them. He went on to form a cranberry cooperative that is now known as Ocean Spray. An average of 70% of cranberries sold in the world today are sold by Ocean Spray. By 1940, canned cranberry sauce evolved into the jiggly log that is mostly loved and highly debated by Americans. It gained popularity due to its convenience and today, it retains a sense of nostalgia with its distinct taste and hard-to-miss signature ridges from being molded to the can. It has a tarte bite but not sour and perfectly tops a slice of turkey.

Homemade cranberry sauce has increased in popularity over the years thanks to food blogs and inspiration boards, such as those found on Pinterest. There is a sense of accomplishment in making something from scratch and bragging rights when (read: if) everyone enjoys it at the table. Homemade sauce is typically a bit more sour than canned as the popular recipes contain orange zest and ginger. It also has a chunky texture if the chef chooses to leave some of the berries thickened as opposed to simmering it all the way down to a sauce. It can be good for spreading over biscuits, rolls, or anything your heart desires.

Where do you stand in the great cranberry debate? Do you prefer the nostalgia of canned sauce, or like to make your own?

Keep one thing in mind this Thanksgiving: 2020 has been wild enough, so use this day to appreciate time with loved ones, no matter what type of cranberry they choose.